The Difference Between Weed and Shrooms

Weed and shrooms have been used as recreational drugs for a long time. As a result, it is not unusual to see them influencing artistic components of society like music and movies, especially among young adults.

And while they are both psychedelic plants and provide a psychedelic effect or ‘high,’ they are pretty different in their chemical composition and how they affect different people.

This article will look at how the two drugs are distinctly different.

Weed is the popular name for the Cannabis plant that is majorly smoked or ingested as an edible for its ‘high’ effect. Tetrahydrocannabinol (THC) is the chemical component responsible for its effect.

However, THC can vary according to the type of marijuana flower one consumes or the consumption rate. Users of weed like it because it only takes minutes to have them feeling the effects, especially when smoked. Cannabis edibles take a bit longer, usually kicking in 30 to 60 minutes after ingestion.

People often report feeling different sensations after smoking cannabis. For example, some will feel focused, and others will have a deep feeling of relaxation. 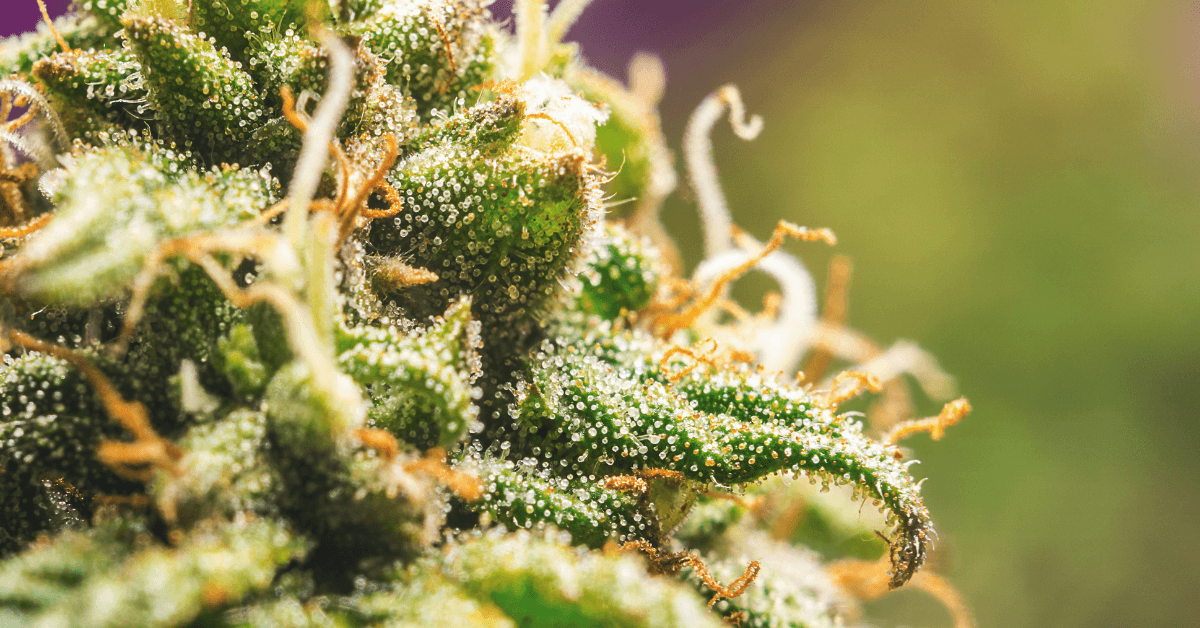 Other effects that weed will have on users include:

Magic mushrooms, or shrooms, as they are commonly known, are naturally growing plants classified as hallucinogenic drugs since they have a psychedelic effect on a user. Psilocybin is the chemical component in shrooms that causes psychedelic effects.

The mode of ingestion is usually orally through different mediums. They are usually dried and eaten. Others prefer grinding magic mushrooms into a powder and mixing it with their tea, while others will put it in their baked foods.

A mushroom trip produces hallucinogenic effects by decreasing activity in the brain responsible for perception. As a result, shrooms make your world experience not be in order as it usually is.

This is why you will often hear users saying that psilocybin mushrooms open up their minds. Some have even reported experiencing spiritual and philosophical breakthroughs due to psilocybin therapy.

Other effects of shrooms include: 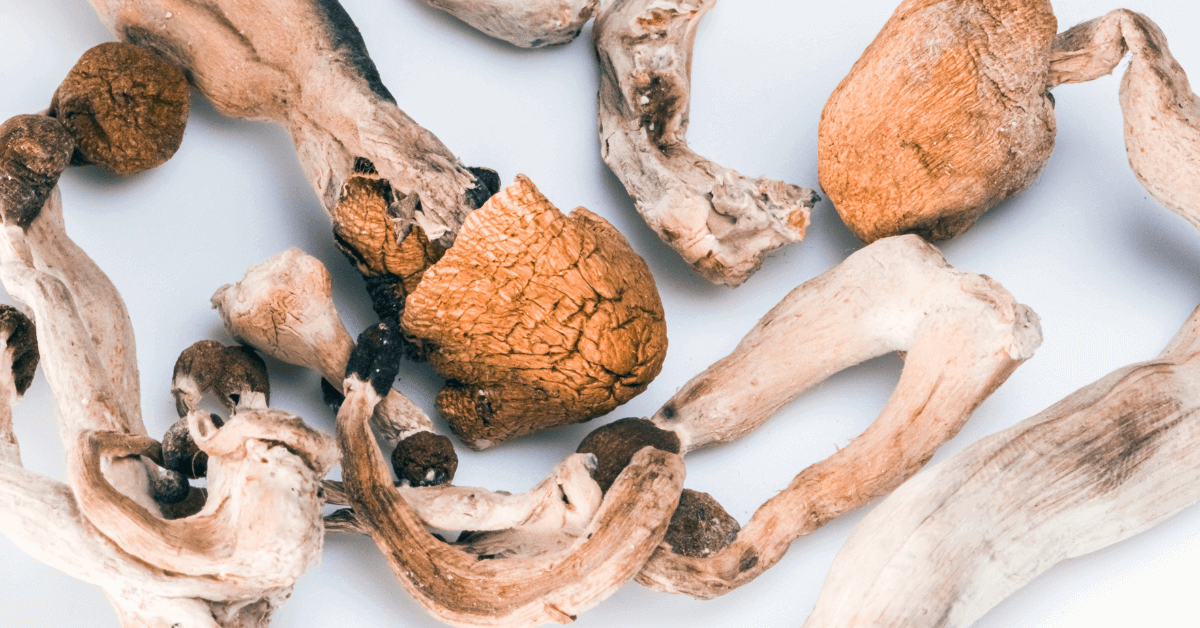 What Are the Differences Between Weed and Shrooms?

Weed and psilocybin mushrooms are both naturally growing plants that can alter the perception of your reality. However, there are still some notable differences between the two drugs. They include;

While both weed and shrooms can be ingested as edibles, the main ingestion method of shrooms is eating, while the primary method of ingestion of weed is smoking.

The effects of weed usually last between 1 and 3 hours, depending on the quantity consumed. For shrooms, the effects tend to last longer, usually taking 4 to 6 hours.

Weed is a type of depressant, so its effects usually bring a general feeling of relaxation.

On the other hand, shrooms are psychedelic drugs that alter the general perception of the user’s environment. The leading cause of this is the difference in their chemical composition.

How Do THC and Psilocybin Compare?

However, patients with depression that show symptoms of psychosis should not take THC or Psilocybin as it can worsen mental health symptoms.

How THC and Psilocybin Differ

While THC has been widely accepted as a drug for medical use, shrooms still have some catching up to do in terms of psilocybin research and general acceptability in the medical sector in Canada.

THC chemical often relieves nausea and vomiting effects with a high rate of success. Psilocybin, on the other hand, induces nausea since it has a polysaccharide that triggers inflammation of the intestines.

People ingesting THC seek to get loose and relax, while psilocybin users are usually after the extreme hallucinogenic effects.

Taking Cannabis and Magic Mushrooms Together

While each drug has its interesting effect, some people consume the two drugs simultaneously to enhance their ‘high’ by experiencing the effects of both drugs. For example, combining cannabis rich in THC with shrooms has a potent kick that brings a new experience to consuming shrooms, like experiencing auditory hallucinations.

It is important to note that these effects are based on anecdotal reports, so more research needs to be done.

Others may combine the two drugs to counter the adverse effects of the other drug. For example, some people experience feeling nauseated for half an hour or an hour after ingesting magic mushroom products. To suppress symptoms of nausea, they may take weed which usually has some good anti-nausea properties.

The use of cannabis and shrooms have been on a high in Canada, with the two drugs being used in equal measure. While weed is legal to produce, process, and sell in Canada, shrooms are illegal, but you will often find them sold openly. You can even buy LSD in Canada from dispensaries listed on sites like Cannabis Ontario.

Cannabis and magic mushrooms have no physical drug addiction effects resulting from their use. Instead, the type of addiction you will find among users is psychological dependence, where users crave psychedelic drugs.

It is also generally considered safe to ingest magic mushrooms and weed separately. However, more research still needs to be done on the mental health issues and effects when users combine cannabis with psilocybin mushrooms.

This site uses Akismet to reduce spam. Learn how your comment data is processed.